This might sound a bit too far-fetched to be true but one of the most fundamental things that students fail to learn in schools and colleges today is the appropriate ways of learning a thing properly.

That’s because, students, these days, focus more on rote learning over meaningful learning, which, in a sense, hurts them a lot in the in the long run.

After all, most families want toppers and ranker in their children; so naturally, rote learning becomes the preferable mode of studying because it is faster and easier than its meaningful counterpart.

But is it even a long-term solution? Of course not. Meaningful learning is the only thing that can help you out in the long run. And this is exactly where the Feynman learning technique creeps in with full gusto.

The Feynman technique: A Brief Overview

The Feynman Technique is a learning model coined by Mr. Richard Feynman, the famous Novel Prize-winning physicist. He was also popularly known as a great ex-plainer of things because of his uncanny ability to explain things in the easiest possible manner. 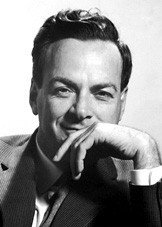 Feynman’s learning technique can help you understand, recall, as well as explain things in the shortest possible time. It’s, therefore, deemed as an active method of learning and justifiably so.

The Feynman learning method is primarily based on five major steps. I am highlighting them briefly for your easy reference which I am going to explain further in the very next section.

Anyway, over to the steps now:

The main point is to do whatever you want, but simplify the concept nonetheless. This can contribute heavily to long-term retention of information.

For more information on the Feynman Learning technique, refer to this short video, in particular:

Explaining the steps of the Feynman Learning Technique

As I said, the Feynman technique works on any concept no matter what it is.

You can apply this technique for learning History, Geography, Physics, Chemistry; ANYTHING! So choose a concept as quickly as possible and move on to the next step.

2. Explaining the concept to yourself like you are doing to a layman

Now you see this is a tactical way of forcing yourself to simplify a concept. If you can do this, you will remember the concept for the rest of your life.

3. Find out the knowledge gap (if any)

Do you think it is impossible for you to explain a concept in a Layman’s term? If you do, there must be some gap somewhere.

You need to pinpoint these gaps as quickly as possible. Once you locate them, get back to them and compel yourself to simplify them to the best of your abilities.

Remember, nothing is impossible. Feynman believed that if he failed to explain something in Layman’s terms, the problem lies with his understanding; not with the information.

If you feel the concept is too abstract to explain in layman’ terms, an analogy can help. Can you think of one in which you connect the piece of information to your real world? It does help you know.

5. For further simplification, lose a few details along the way

Do whatever it takes to simplify the matter. If losing details helps, do it.

Learning is definitely not all about memorizing a bunch of facts and figures. It’s more about understanding things, in general. I will end this topic now with a classic quote from the man himself:

“You can know the name of a bird in all the languages of the world, but when you're finished, you'll know absolutely nothing whatever about the bird... So let's look at the bird and see what it's doing -- that's what counts. I learned very early the difference between knowing the name of something and knowing something.”

Almost all serious IAS aspirants are aware of the significance of reading newspapers for their UPSC Civil Services Examination. Among all the respectable newspapers available in the market, “The Hindu...

This might sound a bit too far-fetched to be true but one of the most fundamental things that students fail to learn in schools and colleges today is the appropriate ways of learning a thing properly....

The primary issue that students have with Physics lies in its problems; or to be more specific, we should say numerical problems. You will notice this common trend among high school students where th...

Still life photography’s the direct counterpart of still life painting. It came up as a distinct genre in itself and became a part of professional specialization in the west by the late sixteenth cent...

Low Light Photography: A Few Expert Tips and Tricks to get it to the level of perfection

Photography has everything to do with light. Low light photography is no different either. If you can use the low light situations to your advantage, you can create stunning photographs right out of n...