In a vast country like India with an ever growing population and a deepening water crisis, if someone tells you that you can generate water from air, what would be your first reaction? Disbelief? Or may be a genius? A genius who deserves all the possible fame but is still unknown to many. This genius is Jawwad Patel, who with his 3D-printed apparatus called Dewdrop, can create water from air! If you haven’t heard of him till now, it is because the mainstream media hasn’t given him the recognition he deserves. But Brainbuxa, with this exclusive interview, aims to change that.

He gave him a chance to tell us about himself in his own words to kick off the interview. “Contrary to the popular imagination about folks like me, I was pretty much a normal kid always but had this inherent curiosity about things around me. About everything, I guess. I started seeking information about how and why things functioned in a way they did and it just picked up from there and I started innovating things, after my first phase of investigation and inspiration. I saw and experienced myself how phenomenon underneath everything worked and these concepts pulled me further in. Advanced concepts became crystal clear to me – concepts that were otherwise thought to be only for the super nerds. But then, I wasn’t anything like your typical nerd. I guess then, word just got out me. First, through word of mouth and following them, the National and International Media agencies started covering my projects,” Patel tells us. 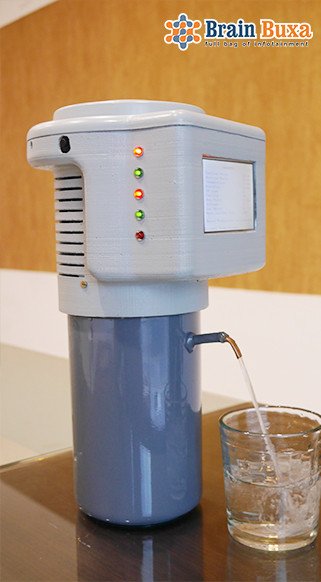 While India has made much progress in IT and services, it isn’t exactly known as a land of innovation. This is what makes Jawwad an exception. When asked about the moment that pushed him towards his innovation, he shared,

“To be honest, what struck me the most was the grim picture around me that I witnessed when I started travelling across the country and this was when I intended to do something that would impact lives and make it better. early I use to work on automation and robotics a few years back I was once at some remote places some rural areas  and the scenario literally shiver down my spine and that was the moment I was like I am on wrong track then a switch to 4 key domains which plays important role in nation building that is ENERGY, WATER, HEALTH and AGRICULTURE, I’m not sure, I would entirely agree with India not being a land of innovation, but I think many of our young prodigies simply leave the country owing to a lot of factors. One of them being, lack of motivation around them.”

I thought of providing water to the places where there is extreme scarcity so then I came up with the idea of “Dewdrop - The extraction of water from air”. It is an interesting process and Dewdrop makes it possible. Dewdrop  is based on Thompson’s Effect in association with Peltier Effect and Computer Algorithm with Sensor Technology. It sucks air using a fan, filters dust, condenses the moisture and store it for drinking. It has a UV filter and mineral chamber for filtration and adding minerals in the condensed water as condensed water has absolute 0 TDS. Dewdrop weighs about 900g which makes it easier to carry anywhere one goes. The device is powered by a 12V 6000mAh Li-ion battery. It can generate about 1.86l/hr of potable drinking water. It can generate at least 1.2l/hr in desert-like areas.

The Indian education system has taken a lot of bashing over the years for a number of reasons and you would expect Patel to do the same. However, Patel stands apart in that aspect and tries to save the education system. He says,“Indian education system has been a target of criticism by many educators and intellectuals, but I think it still hold potential. I guess it needs to be regularly updated and restructured because the world of information has become so interactive, that our books and teaching methods seem ancient and consequently, drive students away from beneficial knowledge and push them towards junk that’s outwardly attractive.

I still remember working on a project a few months back and got stuck at a point over a phenomenon. After a little skimming through my library, I found the answer to my problem in my 7th class science book. That all said, I believe, there’s a lot that can be done, but is it not conducive for innovation at all? Hmm, I wouldn't say so.” 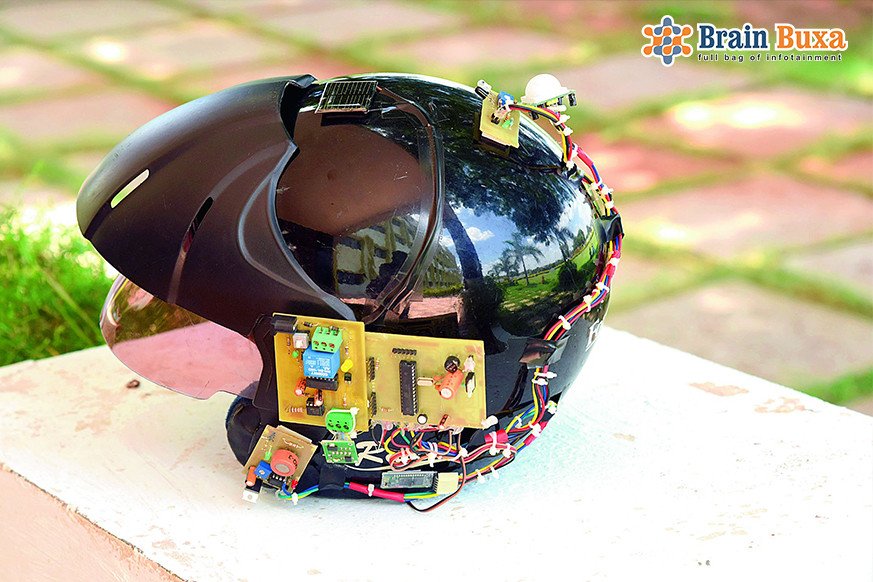 His invention would only make sense it is if brought to the masses and he understands this more than anyone else. “We have a lot of people from around the world that have shown interest in my product and we have zeroed in on a few teams that we wish to partner with and take this device out to masses,” he explains to us.

Though Dewdrop might have given him the most fame, this isn’t his first project. He reveals to us, “Prior to Dewdrop, I worked on a smart helmet concept and was successful in securing a patent for it as well. That product too was well received in the media and scientific circles.” As expected, he has become a motivational figure to the youth across the country and he wanted him to share his lessons with them. This is what he said, “I’m not a motivational speaker but I would share my slogan here that stands,

“Think beyond Normal”. people literally need to think abnormal to design and create the incredible stuff and I also use to say find yourself and talk to you ability, (As being an electronic freak I am too much get involved in this stuff, you know I can literally talk to each and every appliances/ gadgets and understand their emotions you might be thinking I am insane but its true ) I want the youth to think big and have a clear and a constructive vision to positively impact others.”

Before letting him go and work on his next innovation, we wanted to get a word about Brainbuxa and this is what he said – “I think it’s a great platform for students, entrepreneurs and all aspiring people in general, to seek inspiration and information and I think it’s doing a great solid work. March on guys!”

BrainBuxa highly appreciates the brains and efforts of Jawwad Patel which have the potential to change the country forever. If his story has inspired you as well, leave a comment below and let us know. We love hearing inspiring success stories. So if you have one, feel free to write to us so that we can take it to thousands of people out there! Who knows how many you end up inspiring!