Bringing Life into the classroom with Lifeliqe

How cool would it be to have a dinosaur walking around in the classroom or a parrot sitting on the student's' shoulder? Great fun, isn't it? Shouldn't learning be fun? Of course it should be! But somehow not many people know to incorporate the fun part into learning. For all those, Lifeliqe is the lifeline! With over 1,000 interactive models targeting different levels, Lifeliqe is here to revolutionize the global education system for the good. Brainbuxa recently got a chance to catch up with the founder of Lifeliqe, Ondrej Homola. Here is an excerpt from the conversation. Without wasting any time, we shot our first question about how Lifeliqe came into being.

"The Lifeliqe idea occurred first in early 2015 when we attended the biggest educational fair "BETT" happening every year in London. We were already playing around with advanced interactive content, however, constantly encountering problems regarding deployment in schools, licensing, pricing and so on. The category of advanced interactive content was popular and working well in schools (based on the feedback we were collecting from thousands of schools all over the world). We found out that the market missed a platform or go to market for such content so we decided to build it and equip it with our own content which we already had." 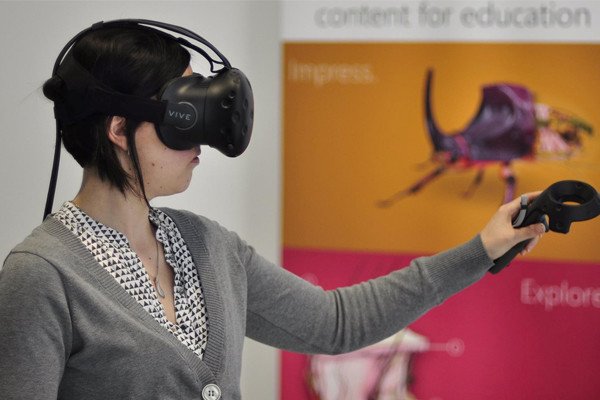 While there have been many startups looking to impact the education sector, the concept of virtual reality is what really sets Lifeliqe apart

"By the way, augmented reality was already a standard feature of our solutions even before all the VR/AR hype arrived in early 2016. That time, we decided to jump on the virtual reality train as well. And just a few weeks after our announcement of entering VR we partnered with HTC Vive and became its strategic partner for education. Stay tuned for the first release coming at the turn of September and October", explains Ondrej.

The applications of virtual reality can have an impact in many fields, but Lifeliqe is currently focussed on the K-12 level. He explains"Currently, we are focusing on K-12 (elementary to high schools), because it's good to start focused on a certain segment and once the segment is satisfied we move further." The company is also "creating use cases for healthcare,higher education or for example museum or zoo's usage. Professional education is another big field to be explored."The company is looking for nothing less than altering the way students learn across the entire world. It is striving to disrupt the education sector

"In a similar way as it was when book printing was invente", exclaims Ondrej. Stressing upon the importance of virtual reality in classroom learning, he says, "The majority of the whole population are visual learners who need to study with visual impulse".

Among the many things that Lifeliqe has done correctly in its short entrepreneurial journey is forging a positive relationship with Microsoft. Admitting the impact it has had on the fortunes of the company, Ondrej says,

"It was very helpful and we are happy for this partnership. Back in the days when Windows 8 and Windows Store launched we were the key application that helped Microsoft to win attention among educators all over the world. On the other hand, we were able to get connections and pilot schools in all the locations where Microsoft has offices so the relationship was mutually very beneficial." 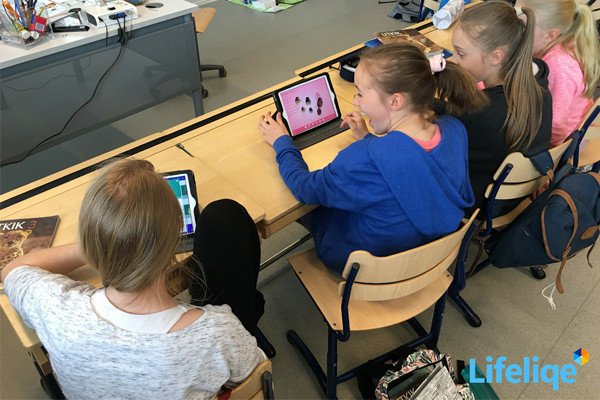 Virtual Reality is not exactly a very new invention and many companies have been working on this idea"ÃÃÂ But the "biggest differentiator", says Ondrej has been the fact that "we have the knowledge of advanced interactive content category, applicable for learning". Calling themselves as someone who has been there since the Day 1 of Virtual Reality application and research, Ondrej also thanks all the educators around the world who have given them great insights to make their product better and sharper.

He proudly adds that "With over 1,000 advanced interactive models targeting different levels"ÃÃÂ and deep-zoom images and that makes us unmatched".

At a time when millions of ideas are floating around the world, (lack of investors) acts as a limiting factor and stops ideas for being realized.

Ondrej also believes that having an investor can be a boon. But lack of it shouldn't stop the company. He suggests,

"Of course having an investor is double-edged, it can be very helpful as well as restrictive. The key thing for all startups is to work smart, so even with limited resources and hiring opportunities the company must be able to compete with incumbents."

Lifeliqe's unparalleled success in a handful of years makes for a great story. But these are only the results of unmatched hard work from the team.

"This traction is assured thanks to our great partners. We already mentioned Windows and HTC, another interesting partner is HP, bundling us to their educational devices. This number didnÃÃ"ÃÃÂ´t happen overnight and is based on our long-going close cooperation with schools over last couple of years", says Ondrej. The expansion plans, says Ondrej, would depend upon "how the schools will be adopting new technologies such as augmented and virtual reality."

"SV is really receptive as long as you have something on offer. Silicon Valley is the place to be for an EdTech startup. There is no better place for meeting other technology and potential partners. The whole area sparks with creativity and determines what the next technology will be."

Considering the student base that India offers, we assumed that it would be on the radar for Lifeliqe in the near future. When asked about this, Ondrej said,

"We are definitely interested in India and we are in touch with several companies that could help us to get established there. However, this is rather near future. Currently we heavily focus on the US, building our reseller network."

Asked about the education in startup scene in India, Ondrej had gracious words for Brainbuxa and its efforts."I think you guys are doing a terrific job and I can just wish you to keep it up", signed off Ondrej.

What did you think of this interview? Do let us in the comments below. Also, if you think you have an equally inspiring story and would like us to spread it to thousands of people across the country, get in touch with us now. We are waiting to hear from you!